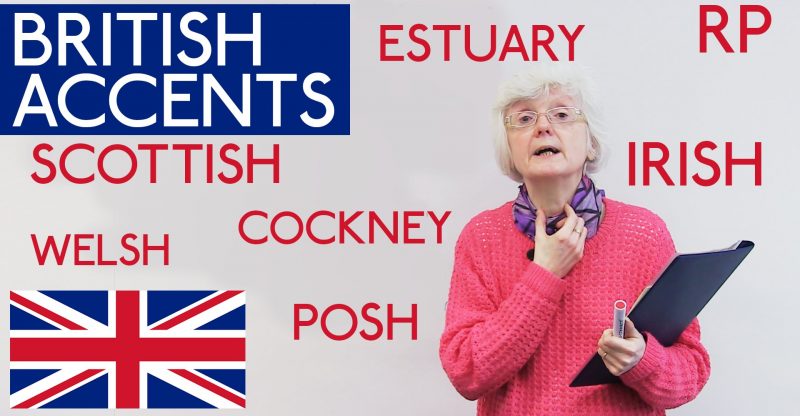 Did you know that there are over 30 different English accents in England alone? And that’s not all. Would you believe there are over a hundred different English dialects accross the world? In this lesson, I will tell you about some common British accents you might hear. You’ll hear examples of Cockney, RP, Estuary, Northern, Scottish, Welsh, and many more accents. Don’t miss this opportunity to add some spice to your English pronunciation and comprehension! Take the quiz at http://www.engvid.com/learn-british-accents-and-dialects-cockney-rp-northern-and-more/

Hi. I’m Gill at www.engvid.com, and today’s lesson is about accents in the U.K. So, U.K. accents and also dialects. Okay, so what’s the difference between an accent and a dialect? Right. Well, an accent, as you know, is to do with pronunciation, how you pronounce the word. Dialect is when you have a word that only people in a certain area of the country use; it’s not a national word, it’s a local word that maybe people from other parts of the country, they won’t even know what it means, so that’s dialect. Okay. So, let’s just have a look through some of the accents that we have in the U.K.

The one that you’re probably learning as you’re learning to pronounce English words is RP. “RP” stands for “Received Pronunciation”. It’s a slightly strange term. “Received” where do you receive it from? Well, maybe you receive it from your teacher. This is how to say this word. It’s a slightly strange expression, but RP, it’s usually referred to by the initials. And it’s the kind of accent you will hear if you’re watching BBC Television programs or listening to BBC Radio. Not everybody on the BBC speaks with an RP accent. The news readers tend to be RP speakers, but not always. But the strange thing is that in this country, only a very small percentage of people do speak with this accent. Apparently, just 3%, but they tend to be people in positions of power, authority, responsibility. They probably earn a lot of money. They live in big houses. You know the idea. So, people like the Prime Minster, at the moment David Cameron, he went to a private school, he went to university, Oxford, so people who have been to Oxford and Cambridge Universities often speak in RP, even if they didn’t speak in RP before they went to Oxford or Cambridge, they often change their accent while they are there because of the big influence of their surroundings and the people that they’re meeting. So that’s RP. It’s a very clear accent. So, it’s probably a good idea to either learn to speak English with an RP accent, or you may be learning with an American accent, a Canadian accent, all of those accents are very clear. Okay. And being clear is the most important thing.

Okay, so moving on. RP, as I should have said, is mostly in the south of the country; London and the south. So, also “Cockney” and “Estuary English” are in the south. Okay. So, Cockney is the local London accent, and it tends to spread further out to places like Kent, Essex, other places like that. Surrey. There’s a newer version of Cockney called “Estuary English”. If you think an estuary is connected to a river, so the River Thames which flows across the country, goes quite a long way west. So anyone living along the estuary, near the river can possibly have this accent as well.

So, just to give you some examples, then, of the Cockney accent, there are different features. So, one example is the “th” sound, as you know to make a “th” sound, some of you may find it difficult anyway, “the”, when you put your tongue through your teeth, “the”, but a Cockney person may not use the “the”, they will use an “f” sound or a “v” sound instead, so the word “think”, “I think”, they would say would say instead of: “think”, they would say it like that: “fink”, “fink”, and the top teeth are on the bottom lip, “think”. And words like “with” that end with the “th”, instead of “with”, it will be “wiv”, “wiv”, “wiv”. “Are you coming wiv me?” So that is one of the things that happens with the Cockney accent.

Words like “together” would be “togever”. Okay? The number “three”, t-h-r-e-e is often pronounced “free”: “We have free people coming to dinner. Free people.” So, there can be confusion there, because we have the word “free”, which has a meaning in itself, “free”, but if you actually mean “three”, the number three, there can be some confusion. So don’t get confused by “free people”. -“Oh, they’re free? They’re free to come?” -“No, there are three of them. Three people who are free to come.” Ah, okay. 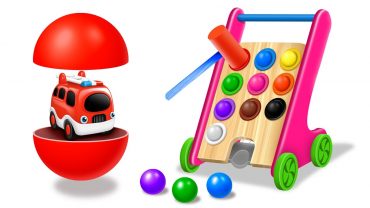