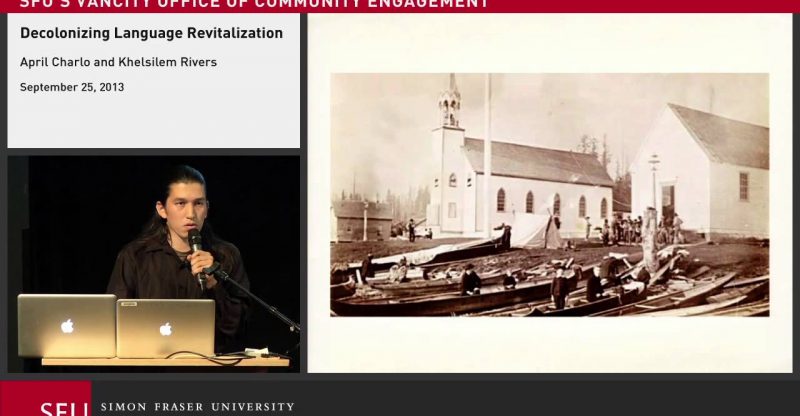 September 25, 2013 – How has Eurocentric anthropology and linguistics affected the way we interpret our elders and ancestors who share their cultural knowledge with foreign researchers?

Decolonizing Language Revitalization aims to put forward perspectives of shifting values, cultural understandings, and impacts on community. It is the stories we tell ourselves (as a people) that impacts who we believe we are, and then who we become. But if the stories — even including, or especially the Indigenous ones — are filtered through colonialism, we have become a different people because of it.

April Charlo from Bitterroot Salish people and is a member of the Confederated Salish and Kootenai Tribes, Montana.

Khelsilem Rivers is a Sḵwx̱wú7mesh-Kwakwa̱ka̱’wakw language revitalization activist from Vancouver. 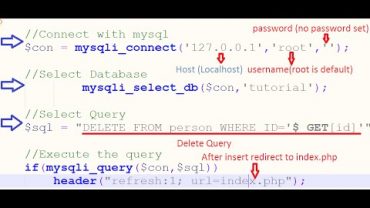