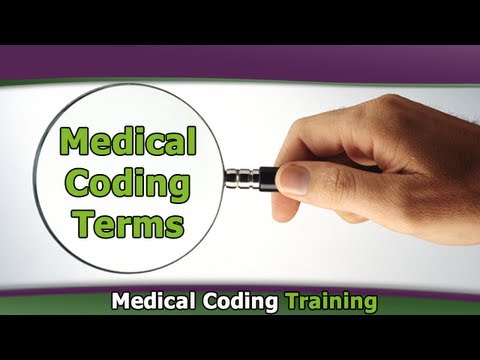 There are so many basic medical coding terms you need to know early on. Here are a few with simple explanations. I get questions on these when people start the first couple chapters of the coding.

The books tend to make them much harder than they have to be. It’s actually very simple. When they say category, subcategory, subclassification or truncated codes or main terms, what they’re really meaning is for category codes. That’s a 3 digit code. So like COPD is 496 and you don’t need any other digits to explain COPD, it’s 496. So that’s a category code.
Now even if a code like hypertension which is 401.9, that’s just like essential hypertension, that has a subcategory which is 9. But the category would be 401, the 3 digits but it has an additional subcategory which is 9, which explains the code a little bit more. And as a general rule, if something ends in 9, it’s unspecified. That’s the way it is in ICD 9. In ICD 10, it’ll be different.

But then, you can extend that out. ICD 9 codes go up to 5 digits. The last digit is called a subclassification. So that’s a 5th digit. Diabetes, 250.00. One of the most… I think, well known subclassification code because everybody knows, if you’ve been coding for very long and you will note this for your exams because they’ll tend to do this to make sure you’re paying attention, I guess… that if a diabetic code does not have 5 digits, it’s not a valid code. If you accidentally leave off that last 0 or the 1 or the 2 you would put there then you’re not going to get paid because it’s not a valid code. It has a subclassification. And what it ultimately means is diabetes is so expandable, they can’t fit everything that is involved with diabetes into those 4 digits or 3 digits.

Now if a code is not taken to the highest level or the last digit that’s available like a subclassification is called truncated. And so you always want to be as specific as you can in your classifications. Remember, you’ll hear that again and again, go to the highest specificity. That’s why you never see the DM code without 5 digits. That’s an automatic giveaway that that is not a valid code.

Now when you hear the term ‘main term’ this is… they’re talking about what’s the main term you’re going to go look up in the index. So when you’re looking up in your manuals, your ICD9 you know, you have the index and you have the tabular. You look up the main term in your index and then you look up that code and say it’s diabetes. And it says 250 and then you go and you find 250 in the tabular and then you find out if it needs additional digits and it does.

So some of the books that I used at the college would give you lists of different diagnostic terms to show you or help you practice what is the main term that you would look up. Because I’m telling you, if you look up the wrong main term, you’re going to take more time because you’re not going to be able to find it.
So in this first one, senile dementia… and I underlined all of the main terms there in that list that you would use. So senile dementia, what does the person have? They don’t have senile, they have dementia. That’s the main term. Allergic enteritis. Enteritis is what they have, they don’t have allergic.

Renal hypertension. Now renal is a main term but hypertension is the type of… it’s what type of hypertension they have. Chronic bronchitis is bronchitis. Chronic and acute is not a main term. Acquired deformity of the ankle — you’re going to look up deformity. Nasal packing due to severe epistaxis — and if you don’t know epistaxis, it just means they’ve got a bloody nose… so it’s epistaxis. Hepatic infarct, the hepatic would be the liver and an infarct is a blockage. And so you can have you know, like a myocardial infarct of the heart. It’s a blockage someplace and that one just happens to be in the liver. 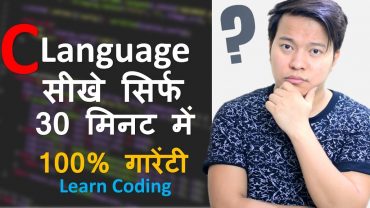